A survey shows that exposure to potentially health-threatening levels of glyphosate has escalated over the past 20 years, yet regulators are turning a blind eye, writes Professor David Schubert 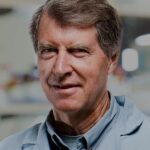 San Diego scientists are helping to expose a major public health hazard that affects every person in the nation. In 2017 Dr. Paul Mills and associates at the University of California School of Medicine, San Diego published a study in the Journal of the American Medical Association,[1] showing that the amount of the probable carcinogen glyphosate[2] in people has increased enormously over the last 20 years. The data are from urine samples from the Rancho Bernardo Study of Healthy Aging that was started in 1972 to follow the lifetime health of adults in the community at that time.[3]

Glyphosate is the active ingredient in herbicides such as Roundup. In the US, glyphosate is used in the commercial production of crops genetically modified to survive being sprayed with the herbicide – currently that’s 94% of soybeans and 89% of corn.[4] In addition, glyphosate-tolerant “Roundup Ready” varieties of genetically modified (GM) sugar beet, cotton and canola also dominate the North American agricultural sector. Testing by the US Department of Agriculture in 2011 revealed residues of glyphosate in over 90% of 300 soybean samples.[5]

When GM crops were introduced in the mid-1990s, the promise by genetic engineers was to create plants that were drought-tolerant, had higher yields, and greater nutritional value.

Regarding yields, in 2016 the US National Academies of Sciences concluded, “The nation-wide data on maize, cotton, or soybean in the United States do not show a significant signature of genetic engineering technology on the rate of yield increase.”[7]

Besides, genetically manipulating plants to produce higher levels of nutrients has not been successful. The best known such GM plant, golden rice, has still not been made available twenty years after the start of the project to develop a GM rice to combat vitamin A deficiency (VAD) in poor countries. Engineering rice to provide higher levels of the vitamin A precursor beta-carotene has proven problematic, with disappointing yields.[8] An attempt to cross the golden rice trait into a high-performing Indian variety – a necessary step towards making it available in the subcontinent – stalled after the resulting GM rice plants turned out to be stunted and abnormal in growth.[9]

Meanwhile, the Philippines, the country targeted for the rollout of GM golden rice, “has managed to slash its childhood VAD levels with conventional nutrition programs just as Golden Rice is being touted as the cure to an otherwise intractable problem”, according to a 2016 analysis.[10]

The major commercial success of GM has been the introduction of food crops that are tolerant to herbicides, allowing farmers to kill weeds by spraying the entire fields without harming the GM plant. One result has been enormous profits for the companies that sell both the seeds and herbicide. Another result has been the unprecedented contamination of human populations with toxic chemicals. Globally, the use of glyphosate has increased 15-fold since the introduction of GM glyphosate-tolerant crops. And glyphosate use in the agricultural sector rose a massive 300-fold from 1974 to 2014. Nearly 67% of total agricultural glyphosate use in the US since 1974 occurred in the period 2005–2014, when GM crops became widespread.[11]

This increased use is reflected in Mills’s study. From the point of view of the environment, studies indicate that glyphosate herbicides cause damage to soil and plant health,[12] wildlife,[13],[14] and bees.[15]

According to the World Health Organization’s cancer research agency IARC, glyphosate is a probable carcinogen,[16] and the state of California has listed it as such.[17] This listing would normally result in manufacturers being required to label glyphosate products with a cancer warning. However, on behalf of a nationwide coalition of agricultural and business interests, Latham & Watkins filed suit against certain California officials, arguing that such a cancer warning would violate the plaintiffs’ First Amendment rights. US Federal Judge Schubb issued a preliminary injunction in favor of the plaintiffs, preventing enforcement of the labeling requirement for the time being.[18]

Worries about the health risks of glyphosate-based herbicides are not confined to cancer. An important study from Michael Antoniou at King’s College in London shows that following long-term (2-year) exposure to an ultra-low dose of Roundup resulted in non-alcoholic fatty liver disease (NAFLD) in rats.18 NAFLD is a progressive disease resulting in the toxic accumulation of fat in the liver.

Another recent study showed that glyphosate (albeit at high doses far above the levels that we are exposed to in daily life) inhibits the enzyme that breaks down fat in the liver, independently suggesting a potential mechanism for a link between Roundup and fatty liver disease.[19] NAFLD can lead to liver cirrhosis and cancer. NAFLD is much more common in young people than in past decades, and liver cancer among Americans has increased over three-fold since 2000.[20] About one-quarter of US residents are now affected by NAFLD.[21]

Glyphosate is now found in most, if not all, food products, including baby foods, where the hazard to health is much greater due to the special vulnerability of children to toxicants. Glyphosate has even been detected in some organic processed foods,[22] showing the mobility of the herbicide in the environment. Nonetheless, eating organic remains the best way to reduce exposure to pesticides in general.[23],[24]

While GM crops have been the driving force behind the increase in glyphosate use[25] and thus in human exposure, another major source of exposure is from herbicides that are sprayed on crops (GM and non-GM alike) to kill and desiccate (dry) them before harvest. As with GM glyphosate-tolerant crops, glyphosate used for desiccation is likely to leave residues in the final food product. Indeed, based on a survey of processed food products in the US, the highest levels of glyphosate were found in those based on oats (e.g. breakfast cereals), with amounts up to 1.1 ppm (milligrams per kilogram).22 Since there are no commercialized glyphosate-tolerant GM oats, the only conceivable source of the high levels of this herbicide found in these products is pre-harvest desiccation of the crop. Glyphosate has also been found in alcoholic beverages, including beer and wine.[26]

These surveys highlight the primary sources of exposure leading to the glyphosate detected in the urine of the subjects in Mills’s study, yet there is no systematic monitoring of glyphosate levels in foods by any government agency.

The current situation with glyphosate-based herbicides is directly analogous to that of DDT, asbestos, lead and tobacco, where industries were able to block regulatory actions for many years by perpetually muddying the waters about their safety with false or misleading data. Now, however, lawsuits against the industry by individuals who believe that their cancers (a type known as non-Hodgkin’s lymphoma) were caused by glyphosate herbicide exposure are uncovering documents that call into question the previous safety claims. Evidence has emerged indicating that scientific reviews that were used to support regulatory approval were ghostwritten by Monsanto employees and later attributed to academics. In addition, documents suggest that a former senior employee at the US Environmental Protection Agency worked with the company to suppress an investigation of glyphosate’s health risks by another regulatory agency.[27],[28]

The recent revelations about the toxicity and human exposure of glyphosate have resulted in a cascade of events that could end its use. Some countries, regions, and towns have already introduced restrictions or bans on its use. Equally, certain garden product retailers have not waited for regulatory action but have voluntarily withdrawn glyphosate products from sale.[29]

It is time to eliminate this herbicide and others like it. Towns and regions should follow the lead of Los Angeles[30] and immediately ban its use in areas where children will be exposed. The retail sale of products containing glyphosate for residential use should be halted, along with its use on farms as a pre-harvest desiccation or drying agent. Nationally, standards must be set to monitor all major agricultural chemicals in foods, followed by regulatory goals of reducing them to zero. At the personal level, the only options are to avoid GM foods and purchase organic products. Non-organic products with Non-GMO labels may still contain high levels of toxic herbicides and other pesticides.

The residents of Rancho Bernardo should be proud of their contribution to science and encourage their neighbors and children to stand up to the GM food and agricultural chemical companies to eliminate human exposure to all harmful agricultural products.

David Schubert, PhD, is Professor, Salk Institute for Biological Studies, La Jolla, California, USA and a member of the GMOScience Expert Advisory Board.