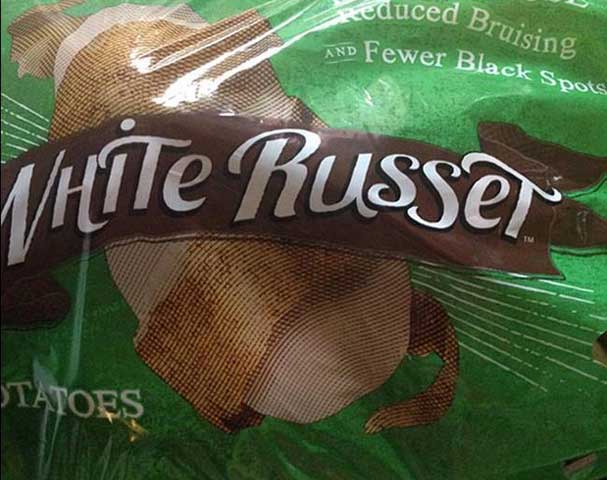 Dr. Caius Rommens developed GMO potatoes that are now in the food supply. He has now renounced his products and written a book warning about the risks. Report: members of the GMOScience advisory board

The plant biologist and genetic engineer Dr. Caius Rommens spent many years of his career working for Monsanto and then for the Idaho-based firm J.R. Simplot, where he developed hundreds of thousands of different GM potatoes at a cost of about $50 million. Now he has renounced his GMO work and has written a book warning of the health and agronomic risks that his GMO potatoes pose to consumers and farmers. The book is called Pandora’s Potatoes: The Worst GMOs and is available from Amazon. 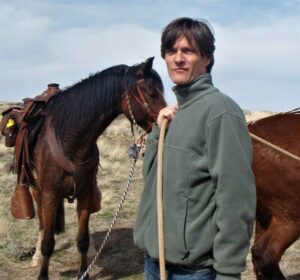 Dr. Rommens’s GMO potatoes (which he calls in the book “Pandora’s Potatoes”) have been commercialized in the US and Japan, under names such as Innate, Hibernate, and White Russet. They are also approved in Canada but as of October 2018 are not being sold there. They were engineered to be resistant to bruising. They are also claimed to be healthier to eat than regular potatoes because they contain lower than average levels of the natural amino acid asparagine, which forms a carcinogenic substance called acrylamide when the potatoes are cooked at high temperatures, such as in frying. 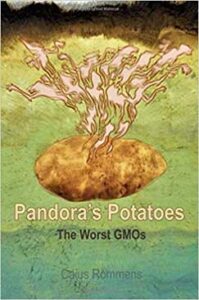 In the case of the Innate potatoes, Dr. Rommens produced these using a genetic engineering procedure known as RNA interference (RNAi). This resulted in the deliberate silencing (shutting down of expression) of two genes: polyphenol oxidase-5 (Ppo5) and asparagine synthetase-1 (Asn1). The Ppo5 enzyme usually causes potatoes to brown or blacken when cut or bruised, but when the Ppo5 gene is silenced in the GMO potato, the enzyme is absent and discoloration does not occur.

The Asn1 enzyme is responsible for synthesizing the amino acid asparagine, but again, when the Asn1 gene is silenced, far lower levels of asparagine are produced.

In an interview with Independent Science News, Dr. Rommens said that when he worked at Simplot, “It was my goal to develop GMO potatoes that would be admired by farmers, processors, and consumers.” But the reality was very different. He said, “The almost daily experience I suppressed was that none of my modifications improved potatoes’ vigour or yield potential. In contrast, most GMO varieties were stunted, chlorotic, mutated, or sterile, and many of them died quickly, like prematurely-born babies.”

Of the GMO potatoes that have been commercialized, Dr. Rommens writes, “As a crop, the potatoes contain genetically unstable traits, two of which appear to have already been lost (or are in the process of being lost), suffer a significant yield drag and reduction in size profile, are designed to conceal bruises and potentially spread diseases, and may be grown and stored in ways that maximize disease and pest pressures. As a processed food, they lost the sensory attributes that make normal potato foods so attractive, and are also likely to contain new toxins.”

Some health risks that Dr. Rommens mentions are linked to the intended bruise-resistance trait produced by RNAi-mediated silencing of the Ppo5 gene. The problem with these GMO potatoes, according to Dr. Rommens, is that they are not really bruise-resistant but bruise-concealing. They bruise just like non-GMO potatoes, but lose the ability to develop the dark pigments that allow processors and shoppers to spot the bruises and remove them.

Dr. Rommens explains in his book that the concealed bruises can accumulate certain toxins that can compromise the food safety and nutritional quality of the potatoes. For example, bruises may accumulate tyramine, an amino acid that builds up in damaged plant tissues.

Some people are sensitive to tyramine, which belongs to a class of substances known as biogenic amines. In humans, biogenic amines play a role in brain activity, physiologic responses such as blood pressure, immune function, and cell growth.

When susceptible individuals eat biogenic amines in foods, they can cause a “hypertensive crisis” – a severe increase in high blood pressure.[1] Thus these individuals have developed the habit of avoiding foods that naturally contain high levels, such as blue cheese and soy sauce. Histamine, a powerful biogenic amine, is the only one for which regulators have set safety limits in the relevant foods – namely fish.[2],[3] But, Dr. Rommens writes, “There is no awareness about the potential risk associated with invisibly bruised Pandora’s Potatoes,” so an unsuspecting consumer could unknowingly eat these bruise-concealing GMO potatoes in combination with other other tyramine-rich foods and end up in the emergency room.

Just as bruises are concealed by the lack of a browning mechanism, so infections can also be concealed, Dr. Rommens says. Farmers and processors will not spot them because of the lack of telltale discoloration. The hidden infections can lead to a buildup of bacterial and fungal pathogens, which can lead to consumers being unknowingly exposed to the toxins, carcinogens, and allergens produced by the pathogens.

Regulators who have approved the GMO potatoes have not considered these aspects, as the standard tests needed to gain regulatory approval do not look for such unintended effects.

As we’ve seen, Pandora’s Potatoes contain lower levels of the amino acid asparagine due to RNAi-mediated silencing of the Asn1 gene. Therefore they produce lower levels of the potential carcinogen acrylamide on frying. For this reason it is claimed these GMO potatoes are “safer” than regular non-GMO varieties.

However, even the claimed reduction in the potatoes’ carcinogenicity appears to be misleading. Dr. Rommens writes that acrylamide is present in French fries at levels so low as to be insignificant. It has been found to be carcinogenic only at levels 1,000-10,000 times higher than the levels found in fries.[4] “In other words,” Dr. Rommens says, “lowering the acrylamide levels in French fries is lowering the insignificantly-low levels of a carcinogen to even more insignificantly-low levels.”

Other health risks from Pandora’s Potatoes arise from the GMO transformation process used to generate them.

The first safety issue stems from the type of RNAi technology used to reduce expression of the Ppo5 and Asn1 genes. The RNAi procedure used is not as precise as is often claimed by its users in agriculture and can interfere with the normal function of a gene or genes other than the one intended. If this were to occur, crop performance or nutritional status could be adversely affected and novel toxins or allergens could be produced in the plants. Scientists have warned that regulators in countries around the world are not taking due account of risks that can arise from off-target effects of RNAi technology.[5] Thus the possible effects on health of eating crops containing gene-silencing constructs have not been studied.

The second safety concern arises from mutational (DNA-damaging) effects that are inherent to the GMO transformation process in general. The company that Dr. Rommens worked for when he produced Pandora’s Potatoes, J.R. Simplot, claims on its website that they were generated “with the potato’s own DNA to achieve desirable traits without incorporating any foreign genes”.

However, this is not strictly the case. In its petition to the USDA for deregulated status for Innate GMO potatoes, Simplot states that the RNAi effects on the Ppo5 and Asn1 genes were produced by inserting “fragments of both the asparagine synthetase-1 gene (Asn1) and the polyphenol oxidase-5 gene (Ppo5), arranged as inverted repeats”. The gene cassette (GM gene construct) containing these Ppo5 and Asn1 gene fragments, as well as another cassette containing gene fragments aimed at silencing other genes, are artificial laboratory constructs. By definition, in the field of genetic engineering technology, they constitute “foreign genes”.

In addition, the foreign gene fragment cassettes would have inserted randomly into the genome of the potato cells being transformed. This “insertional mutagenesis” would have inevitably resulted in disruption of one or more genes. Furthermore, it is well established that the tissue culture (growing of plant cells in the laboratory) phase of the GMO transformation process, produces hundreds or thousands of random mutations.[6]

These three characteristics of the GMO transformation process used to produce Pandora’s Potatoes – off-target effects of the RNAi technology, insertional mutagenesis of the foreign gene cassettes, and tissue culture-induced mutations – plus the altered biochemistry resulting from the intended gene-silencing effects, can combine to disrupt the GMO plant’s biochemistry. This could lead to adverse crop performance, as well as potentially compromising nutritional value and causing the production of toxins.

These risks are heightened by the fact that potatoes are propagated vegetatively – that is, via tubers and not through setting seed. This means that all the mutations produced during the GMO transformation process (as described above) will be present in the final marketed product, as none will have been bred out through multiple rounds of backcrossing to the non-GMO parent variety.

The fact that potatoes are propagated vegetatively via tubers means that GMO contamination of non-GMO potatoes will not occur through cross-pollination. However (though Dr. Rommens’s book does not deal with this topic), contamination can occur through “ground keeper” or “volunteer” GMO potatoes that are left in the ground after harvest. They will re-emerge the following year and produce more GMO potatoes. Anyone who has ever grown potatoes will confirm that “volunteers” continue to emerge for years after the last potatoes were intentionally planted in the plot.

It is impossible to tell the difference between GMO and non-GMO potatoes except through molecular analysis by a laboratory, so there is a high risk of GMO contamination from “volunteers” going unnoticed.

Non-organic farmers typically deal with the problem of “volunteers” by spraying them with herbicide when they start growing the following year – adding to the problem of escalating agrochemical use and resulting herbicide residues in food crops.

Claims of enhanced safety not science-based

In conclusion, the implications on the part of the developer company that Pandora’s Potatoes are safer than non-GMO potatoes due to reduced asparagine levels has no solid scientific basis. On the contrary, Pandora’s Potatoes would appear to pose a number of risks to consumers’ health.

Some risks stem from the potatoes’ bruise-concealing trait, which effectively hides the toxins that routinely accumulate in bruised tissues. This means that processors and consumers cannot spot these areas of damage and remove them.

Also, bacterial and fungal pathogens that may be present in bruised parts of the potato can produce known toxins, carcinogens, and allergens. In addition, the multiple mechanisms by which the GM process causes DNA damage can change the plant’s composition in unintended ways, resulting in the production of novel toxins or allergens.

Scientists have expressed concerns that regulators are not adequately considering these risks. Dr. Rommens’s revelations suggest that the developer company also failed to do so.

Thus as a matter of precaution it seems sensible to avoid consuming Pandora’s Potatoes and any processed food products containing them.