Home » Articles » Pesticides and Health » Why Did the US EPA and IARC Reach Opposite Conclusions on Glyphosate’s Genotoxicity?

Why Did the US EPA and IARC Reach Opposite Conclusions on Glyphosate’s Genotoxicity? 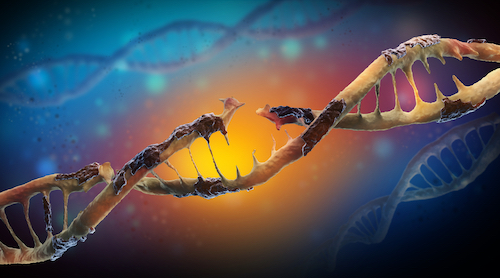 One agency concluded glyphosate is not genotoxic, while the other concluded it is. A new peer-reviewed paper explains the reasons for the disagreement.

The US Environmental Protection Agency[1] (EPA) has stated that glyphosate, the main chemical ingredient of Bayer’s (formerly Monsanto’s) best-selling herbicide Roundup, is not likely to be genotoxic (damaging to DNA) or carcinogenic. However, the World Health Organisation’s cancer agency IARC reached the opposite conclusion. IARC stated, “There is strong evidence that glyphosate causes genotoxicity,” and classified the chemical as a probable human carcinogen.[2] Genotoxicity is a key mechanism that led to IARC’s classification as probably carcinogenic, because damage to DNA can lead to alterations in gene function, which in turn can give rise to cancer. The opposing conclusions reached by the EPA and IARC on glyphosate’s genotoxicity played a major role in their opposing conclusions on glyphosate’s carcinogenicity. Many people, including policymakers and journalists, are still confused as to how and why these two agencies reached opposite conclusions on glyphosate’s genotoxicity.

The question is answered by Dr. Charles Benbrook, a former research professor who was formerly the executive director of the US National Academy of Sciences board on agriculture, in a new peer-reviewed article published in the journal Environmental Sciences Europe.[3]

Dr. Benbrook commented on his article, “The EPA’s judgment that glyphosate poses no genotoxic risk to humans was an essential pillar on which the agency’s glyphosate cancer classification was supported.“

“Had EPA acknowledged that GBHs [glyphosate-based herbicides] pose some genotoxic risk, the EPA would not have been able to classify glyphosate and GBHs as ‘not likely to be carcinogenic to humans’ under the agency’s cancer evaluation guidelines.”[4]

The article shows that only by restricting its genotoxicity assessment within highly selective bounds was the EPA able to conclude that glyphosate was not genotoxic. It also questions the basis of the EPA’s cancer classification.

Following is a summary of the reasons for the discrepancy between the EPA’s and IARC’s conclusions on glyphosate’s ability to act as a genotoxic agent.

In line with its policy, IARC relied only on published studies, whereas the EPA relied heavily on unpublished regulatory studies commissioned by pesticide manufacturers. Of the 151 genotoxicity assays that the EPA used, 95 were from industry studies (63%), while IARC used 100% public literature sources.

Industry studies are more likely to conclude glyphosate is not genotoxic

Industry-sponsored assays (such as the EPA used) were much more likely to conclude that glyphosate was not genotoxic than studies in the publicly available scientific literature (such as IARC used). Of the 95 industry assays used by EPA, only one reported a positive result (that glyphosate had a genotoxic effect) – that’s just 1%. In contrast, out of 211 published studies, 156 reported at least one positive result, or 74%.

EPA analyzed a substance that almost no one is exposed to

The EPA focused its analysis on glyphosate in its pure chemical form – a substance that almost no one is exposed to. People are exposed to complete herbicide formulations consisting of glyphosate along with added ingredients (“adjuvants”), which are essential for it to exert its herbicidal effects. Adjuvants are toxic in themselves[5] and the complete formulations are more toxic than glyphosate alone.[6]

In conclusion, Dr. Benbrook’s article points to a fundamental problem affecting pesticide risk assessment. This is that regulators largely rely on unpublished industry-sponsored studies, which overwhelmingly conclude that the product is safe. Studies published in the open scientific literature, as in the case of glyphosate, may find risk or overt harm from the product, but are excluded from the risk assessment.

This is a strong argument in favor of publishing all studies on which the regulatory assessments of pesticides are based. In addition, studies published in the open scientific literature must be given due weight in the assessment. Regulators should not continue to rely heavily on industry studies, which are biased in favor of finding the product safe.

Dr. Benbrook’s paper throws light on these vital public health issues. It provides an important resource for regulators, policymakers, scientists, lawyers, and members of the public who wish to understand whether glyphosate-based herbicides can cause DNA damage and disturbed gene function – and possibly lead to cancer.